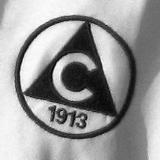 MUGFEST + BITCHFEST = amazing match!
Those two are said to be close friends, but you couldn't tell from what the match looked like. Grigor is just a little kid complaining, moaning and throwing his racket, and suddenly pumping his fist and yelling louds COME ONs on Dmitry's huge unforced errors. The first set was a serve battle, Grigor just prevailing in time to win the tie-break 76(6) (not sure if Tursu had set points or not). The second set was even more entertaining, and some of the rallies were just tremendous. Tursunov was hitting harder and harder and came to the net more often, disturbing Dimitrov's tactics. I think at 4-3*, Dimitrov had a couple a break points which would have allowed him to serve for the match but Dimitrov saved them both: the Russian broke at 5-5 and then held his serve to make it 67 75. The final set was a total bitchfest, both players celebrating each and every point, challenging each and every close calls (you have to understand them, seeing how horrible the linespersons are). Grigor spent more time complaining to his coach than staying focus. In the closing stages of the match, Dmitry suddenly decided to be a moonballer, forcing Dimitrov on his backfoot: a clever mix of sliced backhands, moonballs, dropshots, volleys, allowed Tursunov to take the upper hand in the closing stages of the match. He didn't celebrate after match point though, and a warm handshake closed this nice battle which ended very late and in front of fewer and fewer spectators.